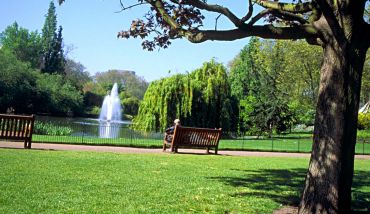 Hyde Park is a central park London. It is a favorite place of citizens and guests of the British capital. Until the 16th century it was a possession of Westminster Abbey. In 1536, King Henry VIII seized them in the possession of the state.

In the center of Hyde Park is the clearest lake Serpentine, which received its name due to its meandering form. The park is also famous for its Talking Tribune, she appeared here in 1872.

In Hyde Park in 1815 passed the historic parade. He was devoted to Wellington's victory over Napoleon. Today, this event reminded the Duke of Wellington Arch and the Statue of Achilles, which is considered the first nude sculpture throughout the UK .